On June 19, 2020, the United States and much of the world commemorated Juneteenth. Its observance began among Americans of African Descent shortly after the Civil War and has been their cherished liberation day ever since. I know devoted humanitarians who know the culture of diverse groups; yet, most of them had never heard of Juneteenth until a few weeks ago. Despite the intense catch-up coverage by the media, a quick scan of numerous major media outlets going back years reveals unexpectedly scant mentions before now. Even the major news outlets this year that suddenly became Juneteenth-aware often ran stories headlined “What is Juneteenth?” In fact, as recently as Memorial Day, producers on the Edwin Black Show planned an episode covering Juneteenth, thinking it would be fresh coverage of a lesser-known but important observance. By the date of our show, there was wide coverage of the date and its significance.

On the other hand, Americans of African Descent need no cheat sheet; they widely embrace Juneteenth the way the rest of the nation embraces the Fourth of July. What has happened?

We will never make racial progress with mere equality slogans, budgetary measures, high visibility faces in prominent places, up front on the board of directors and slipped in among the gilded erectors—until we all understand the history.

Juneteenth is the jargonized name for June 19, 1865, when the news of the Emancipation Proclamation finally reached the furthest realm of slavery in Galveston, Texas. Yes, it took two and a half years after Lincoln issued the Proclamation for the community in Texas to finally get the news.

Juneteenth has been widely misreported as the day all slaves learned they were freed, including the furthest plantations in Texas. That is only partly true and strikes at the core of what Juneteenth means, and does not mean, to Americans of African Descent—to the whole United States and the entire world.

The saga begins on September 22, 1862, when Abraham Lincoln, in his long-delayed so-called Emancipation Proclamation, declared that if the Confederate states did not rejoin the Union within 100 days… then, as of January 1, 1863, "all persons held as slaves … are, and henceforward shall be free.” However, understand that his Proclamation did not free all the enslaved as advertised, just those in the Confederacy. It did not free those in the “Border States,” where slavery was still legal, but which had not voted to secede.

It was the 13th Amendment to the US Constitution that widened—but still did not finalize—the Emancipation. The 13th Amendment states: “Neither slavery nor involuntary servitude, except as a punishment for crime whereof the party shall have been duly convicted, shall exist within the United States.” That phrase leaves a gaping exception, to wit, “as a punishment for crime.” That brings us to the history of unfair policing and justice especially in the South where many post-Emancipation police departments evolved from the notorious and brutal Slave Patrols that had sprung up since 1704.

Back to the 13th Amendment. Those limited protections and emancipations were further expanded and made technical only by the 14th and 15th Amendments to the Constitution.

But in practice, the whole pretty picture of Constitutional equality is perforated by local laws. Slavery did not go off like a light switch. A slow dimmer switch governed the long time needed to come up from darkness—and in many parts of the US, dimness remains.

After gradual emancipation, America endured Jim Crow laws, creating an apartheid system of black and white benches, housing, fountains, hospitals, schools, and societal systems that automatically locked the sons of daughters of slavery into a shackled social and economic existence.

Even though Jim Crow laws were struck down, mainly beginning with the 1954 Brown v. Board of Education decision, historical segregation still functioned in full force. Voting Rights were abridged across the South. In Virginia, the One-drop Rule—also known as the 1924 Racial Integrity Act—declared that even one drop of non-White blood made you non-White. So Barack Obama is half White and half Black; but under the legacy of “one-drop,” he’s considered Black.

In the 20th Century, Black men served in world wars, and they did so with valor—but only in segregated units. Often their veteran’ rights were capriciously delayed or denied outright.

For punctuation, from 1882 to 1968, American witnessed more than 4700 outdoor lynchings. Most victims were Black—and these occurred in many states, not just in the South. The non-Black lynching victims were often those who had befriended Blacks, so the same root racial hatred applies. Many lynchings were photographed in infamous trophy pictures; some pictures were even published and sold as memento postcards.

Race riots and massacres were the wretched commas and semi-colons of the Black freedom journey, such the one in Tulsa, where an entire affluent Black community was burned out and even bombed from an airplane to put down some uppity Black citizens. All pogroms play out with a savage verisimilitude, whether in Hebron in 1929, Berlin in 1938, Baghdad in 1941, or Tulsa in 1921. Reading about the violence in Tulsa, you might think you were reading about Kishinev in 1903.

Hence, an enormous legacy of generation-to-generation injustice functions as a ball and chain around the neck of those supposedly emancipated by Lincoln. This record of injustice permeates everything like an unstoppable ash plume belching from a chimney, poisoning the very air our nation breathes.

Advance the chronicle to a man in Minneapolis, George Floyd, who was horizontally lynched—his neck squeezed mercilessly—in slow motion at high noon with cameras going. The killing policeman’s hand remained nonchalantly in his pocket as he uncaringly waited until every last breath was squeezed out of Floyd’s life. Three colleagues stood around like a lynching party assembled underneath a tree.

And we all saw it. We saw it for almost 9 minutes as though nine generations of freedom were being suffocated before our very eyes.

So, when people call for Juneteenth to be recognized as a federal holiday—bear in mind that it is already officially recognized in some fashion in almost every state of the Union—it is to move the United States closer to Dr. King’s immortal dream. If that happens, then one day sooner the sweet fragrance of freedom can fill all nostrils with equal fullness, regardless of race, religion, or national origin.

Edwin Black is the New York Times bestselling author of IBM and the Holocaust and the eugenics chronicle War Against the Weak. This article was drawn from his Juneteenth monologue on The Edwin Black Show. 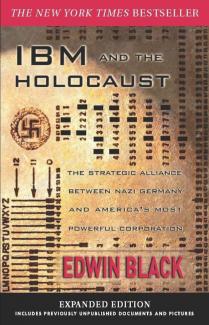 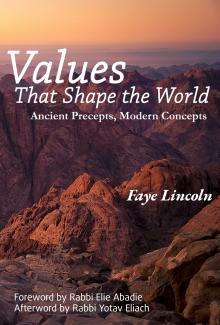 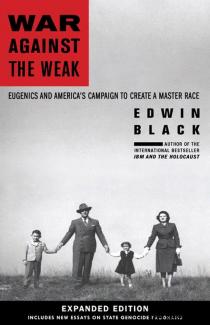 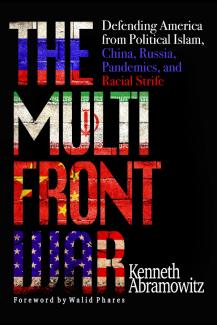 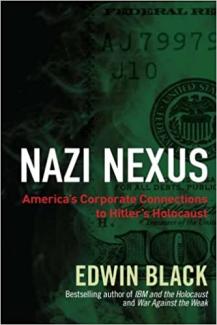 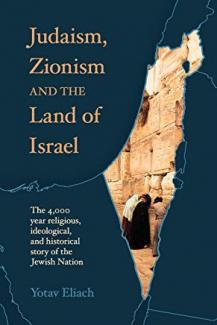 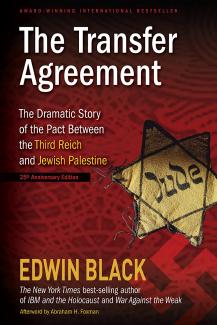 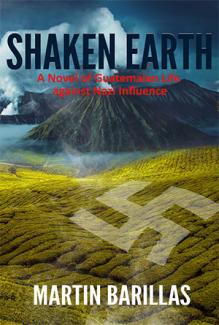 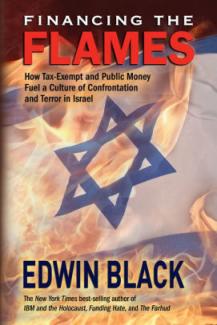 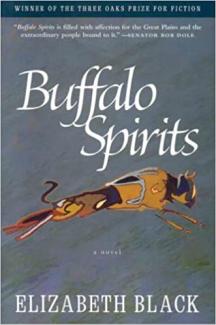 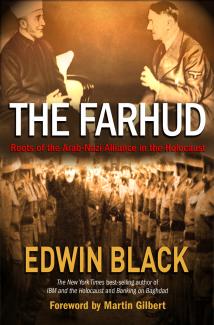 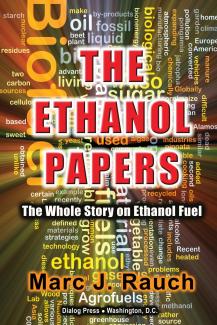 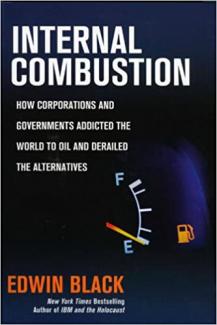 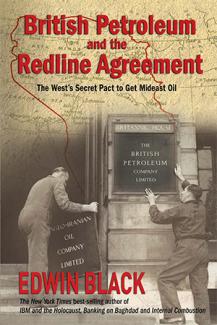 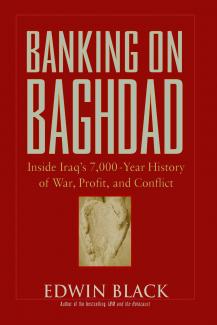 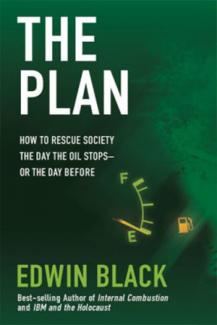 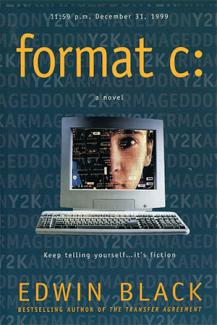 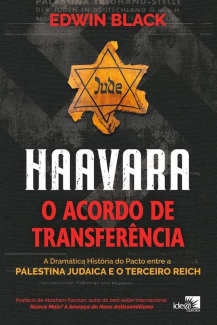 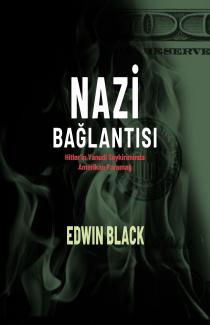 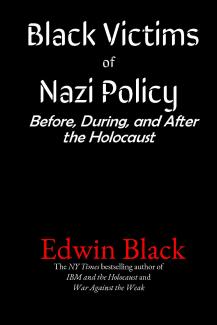 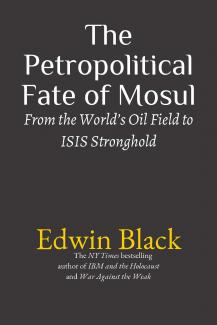